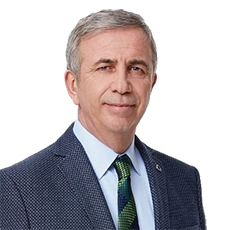 He was born in 1955 in Beypazarı. He finished primary and high school in Beypazarı  and then he graduated from the Faculty of Law of  İstanbul  Univercity in 1983.

He was a military prosector when he was a soldier. After his military service he worked as a lawyer in Beypazarı for 13 years.

He worked in the field of  saving Turkish language and he was awarded with the  honor  prize of Turkish Language Institution(TDK). He was elected as “Mayor of the Year” by TÜSİAV.

The Mayor of  Ankara Metropolitan Municipality, Mansur Yavaş, who was known  as the architect of “the Beypazarı Model” was started the social municipality approach  and he was supported  by the universities, the public and the non-governmental organizations . After the election of Beypazarı for the second time he organized  international festivals  and banquets  presented the local dishes, restorated the historical places and increased the capacity of accommodation  to develop the tourism sector in Beypazarı and also in capital city . So he achieved sustainable employment in the region.

Mansur Yavaş was elected as the Ankara Metropolitan Municipality Mayor with 50.93 percent of the votes in the 31 March 2019 local elections. He is married and has two children.